The breast is a part of a woman’s body, which has great significance in connection with the feelings of femininity in both its aspects of motherhood, and those related to sexual life. The breast of small size in proportion with the torso or hips, cause an imbalance in one´s figure, which may limit self confidence of women, as well as condition their way of dressing or behaving in certain circumstances.

Increasing the volume or size of the breasts surgically is called augmentation mammoplasty.

The size or volume that brests reach in their development depends on several factors and not all of them are known. Moreover, there are many disturbances in the development of the breast, which can range from total absence of development, to the exaggerated growth, through alterations of form, such as tubular breast, inverted nipple, etc.. Most women have different breasts from one another and occasionally this difference can be large, causing what we call breast asymmetry.

These young women who have poorly developed their breasts or have asymmetries or alterations in the shape of their breasts, are a group of patients who frequently consult on the intervention of mammary augmentation.

Another group of patients, which is more frequent in consulting rooms of Plastic Surgery are women who had a moderate or small development of their breast and that after having had one or two children, find that their breasts are emptier and somewhat drooping. This is because during pregnancy and lactation a change occurs in the mammary gland which prepares it to produce milk.

This modification involves increase in the volume and therefore a loosening of the skin of the breast, wich stretches and increases. Later, when breastfeeding ends, the breast undergoes an involution, until the gland is again in its resting state. However, after these changes, the mammary gland remains with less volume than before pregnancy and this is what is called  postlactation involution. If to this lower volume of the gland we add that the skin is relaxed, ie, the breast wrapping is larger than before pregnancy, we are before a small and drooping breast.

The operation of mammary augmentation is the most common in Spain. We use all types of implants that exist both the anatomical and round.
We are not dogmatic and always listen to the wishes of the patient in order to perform the intervention most adjusted to what the patient wants and expects from this intervention.

Currently we are involved in the development of new models of prosthesis for the future, and attend international symposia and workshops where we explain our breast augmentation system to plastic surgeons from all continents.

We organized the First International Conference on Secondary Breast Implant Surgery in March 2008, bringing together 250 experts from around the world to discuss breast augmentation surgery in a scientific forum. We are pioneers in offering a guarantee of good results for mammary augmentation to our patients.

Before & After Mammary surgery. Before and After

View actual patient before and after photographs ... 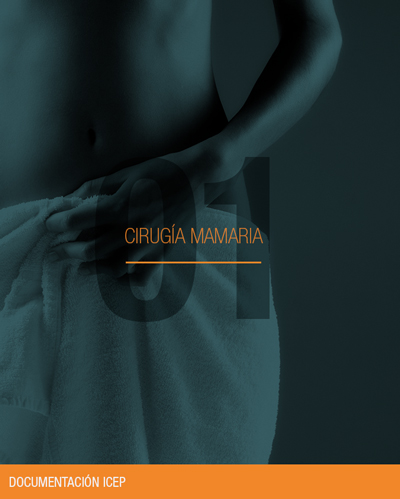